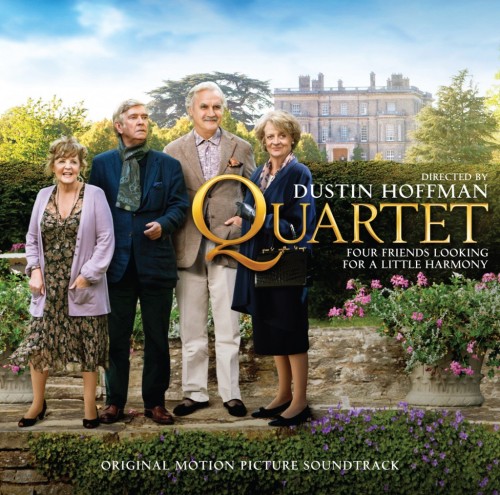 Let me start by saying I like the fact that UK filmmakers (and audiences) are unafraid of the aged population.  There are a number of incredibly brilliant English actors and actresses that still work regularly, that are older than three Hollywood actresses combined.  Similar to films like Calendar Girls and The Best Exotic Marigold Hotel, Quartet celebrates and examines the lives of people (gasp!) over 50.  Compare this to US movies with older people (titles like RED and The Bucket List) and it becomes obvious that the UK versions of these movies are smaller, and spend far more time dealing with the everyday lives of everyday pensioners.  They have less glitz and more heart, and I find them far more relatable. I really look to them to gain perspective as I age.

That being said, I didn’t love Quartet. Sometimes these films are so small, so simple that I feel let down by a lack of more dramatic change amongst the characters assembled. I felt that way about this film at the end.

The story follows the lives of several retired opera singers and musicians, all of whom live in a private retirement home for ex-professional musicians.  First, I thought, what an immaculate place to spend your retirement years.  Surrounded by music and talented people.  On the other hand, several of the characters are (literally) divas, making life difficult for those around them.

Three best friends, all opera singers, have been living happily in this home for years. Billy Connolly (Brave) plays the lascivious, flirtatious, Wilf; Tom Courtenay (Little Dorritt) plays the Felix to his Oscar. Reginald is a bit uptight, but kind. 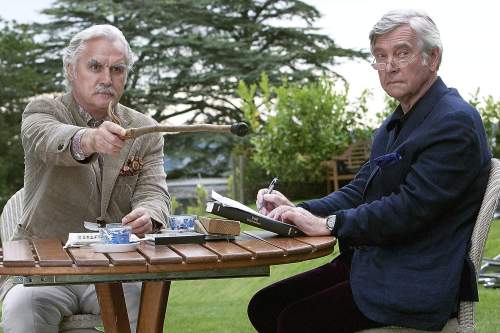 The three have a fairly nice life.  The home is a good place to live, and they are surrounded by music.  The place is aflutter, preparing for an annual fundraising performance in honor of Verdi’s birthday. Everyone is being bossed around by Michael Gambon, a music director who embodies every bossy self-centered stereotype you can imagine. I mean, look at the man’s outfit.

Still, they are living a nice life and relatively peaceful.  Enter Jean Horton, played by the incomparable Maggie Smith. 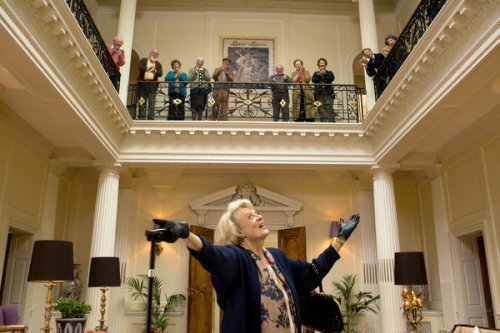 Not only is Jean a diva, but she is Reginald’s ex-wife.  They are incredibly awkward around each other, a situation made worse by Dumbledore’s insistence that this quartet perform their greatest song together at the fundraiser.

The film has a lot of good and interesting things to say about getting older, about letting go of the pressures of performance and the expectations of others.  Jean is nervous to sing again, convinced she won’t be able to sing as well as she did in her youth.  She worries that her fans will be disappointed.  Wilf informs her immediately that all of her fans are dead.

I liked the characters and I liked the story, but there was just a little too little action for the movie to hold my attention.  The acting was wonderful, the music gorgeous, but it was just a wee bit boring.  And having four brilliant actors is great, but they don’t actually do a lot of singing on camera.  They certainly do not sing the great opera song they supposedly perform at the end.  I understand why (not everyone is an opera singer; it’s not like learning to play the kazoo), but it feels like a bit of a cheat.  It feels like when you can clearly see that the stunt double is twice the height of the actor/actress they’re playing.

There was one strange bonus in this movie: Sheridan Smith, aka Rudi (Smithy’s sister) from Gavin and Stacey has shed her chavvy costume and looks like a proper professional woman in this movie?!

I know she’s an actress, and not apparently an actual chav, but I did expect her to zoom off in her heelys at least once in the movie.  That didn’t happen, alas.