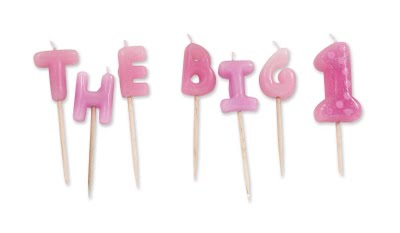 This year marks one year since I began to write this blog.  I’d like to say I’ve learned and grown a lot as a writer and blogger during this year, but I have to say most of what I have learned is how addictive the WordPress ‘Stats’ page can be.  I check it about 10 times per day, just to see the view count tick up.  This isn’t the sort of blog that I imagine will ever garner lots of attention; there just aren’t many Americans interested in my views on Downton Abbey, even among the subset of Americans that are interested in Downton Abbey. But I still get a thrill from anything that gives me a lot of hits.  I find one thing the most addictive–the WordPress map.  I desperately want to fill in all of the countries! I like the idea of my blog being read round the world.  So far, I’m doing pretty well. 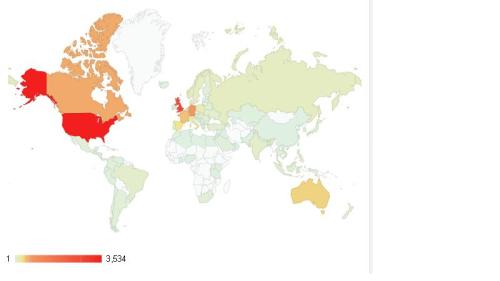 There are some countries I’m fairly certain I won’t ever get to fill in.  Internet access is tightly controlled, and often unavailable at all, in places like Iran and North Korea.  I don’t know a lot about, say Madagascar, but given their tiny population I doubt they will be visiting anytime soon.  I’m holding out a lot of hope for Mongolia, partially because it’s such a big country. I don’t understand why Greenland is not colored-in, because Greenland is technically part of the Kingdom of Denmark.  And I’ve got Denmark, so I think I should have Greenland.  *cough-WordPress-are-you-listening-cough* And it’s huge!

Not surprisingly, my blog is most popular in the US and the UK, with the rest of Europe and some other post-colonial countries (Australia, India) not far behind. But I have a lot of 1-offs, where one person from an entire country has deigned to visit my blog.  I’m always thrilled when I have new countries on the list, so thank you to the one of you from the Bahamas, Jersey, Uganda, Cyprus, Honduras, Nepal, Kyrgyzstan, Mauritius, Uruguay, St. Lucia, Grenada, and Nicaragua who have wandered in and then wandered back out.  Next time, tell your friends!

Other amusing pastimes include obsessively monitoring why people found my blog–what they searched for that lead them to my little corner of the internet. My most popular topic (more popular than all of the rest combined, I would wager) is any variation on ‘English Stereotypes’.  That makes up most of my traffic.  But when you get down to the end of the list you get to the more amusing keywords.  WHY were people searching for this stuff? WHY does searching for it lead to my blog?! Here is a sample of the weirdest searches:

Martin Freeman naked/nude (more popular than Benedict Cumberbatch naked, so Martin should be happy about that)

Jane Eyre the hoes of these moves

bluffball did you see that ludicrous display last night

what is “wagger pagger bagger” slang for in England?

I have learned that all publicity is good publicity.  I’ve had two writers retweet/link reviews that I posted.  In fact, the busiest day my blog ever had was when Steven Grasse linked to my review of his book.  If you didn’t read it, be aware that my review can be summarized by three words “Worst. Book. Ever.”  He seemed to find it amusing that his terrible book almost caused me to have a stroke.  I have to say that him personally linking to my scathing review means he has a better sense of humor than any of his humor book seemed to display.  Luckily, my other retweet came for a positive review.

I don’t mind being a small blog.  I think the best part of this blog is finding other like-minded individuals. I now follow a lot more people on WP, on Twitter, etc., who are interested in British TV and culture, who are British and are interested in TV and culture, and just people who are interesting.  I find that the most rewarding part, since it involves interaction and a conversation rather than answering misspelled Google queries.  It’s almost as rewarding as it will inevitably be when someone from Mongolia visits my blog.

o the next year!