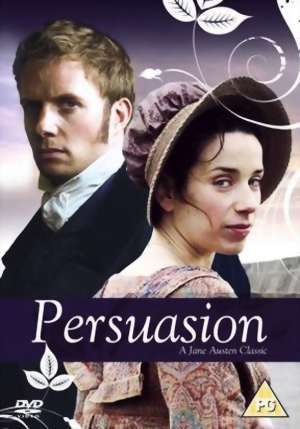 I caught the 2007 TV movie version of Persuasion on TV last week, and my love of the book came flooding back to me.  Persuasion was actually the first Austen book I ever read, at the tender age of sixteen.  Though I later learned to adore Pride and Prejudice more, Persuasion still ranks very highly on my rainy day reading list.

As with most Austen novels, the story focuses on a motherless, brotherless (and ergo in an insecure financial position) girl with a very silly family.  What sets Persuasion apart is the maturity of the story. It was Austen’s last novel, completed about one year before she died.  Anne Elliot, its main character, was the oldest of Jane’s heroines.  This isn’t a story about first love; it’s a story about a second chance.  As someone who has made tons of mistakes in her life, I can always appreciate a second chance.

Anne Elliot is 27 when the story begins, but much of the plot revolves around the action of 8 years ago.  Her prideful and vain family talked her out of an engagement when she was young. They didn’t consider the gentleman, Frederick Wentworth, worthy of her, because he was a lowly Royal Navy officer.  In this particular TV movie, he is played by Rupert Penry-Jones (Silk, White Chapel), and he looks quite good in the period costume: 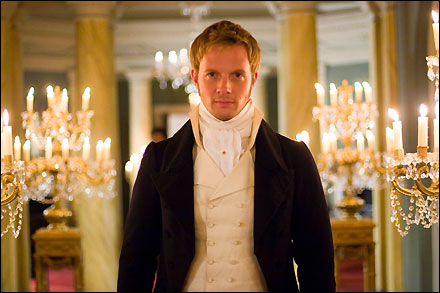 I think that this story has even more romantic tension than Pride and Prejudice. After she is convinced to spurn his proposal, Anne doesn’t see Wentworth for 8 years. He ventures off into his Naval career, and comes back into her life, and oh how the tables have turned. Anne’s extravagant family have run through their yearly allowance and need to rent out their expensive manor home.  It’s rented by Wentworth’s wealthy sister and her husband. Wentworth is a rich captain now, and is considered a very eligible bachelor.

Anne has spent most of the last eight years bitterly regretting her behavior and her decision.  When Wentworth comes back into her life, Anne is overcome with awkwardness and shame.  Wentworth is bitter and resentful.  The tension is hard to deal with, but the more they are thrown together, the more their feelings soften and relax.

For the couple to end up together, the hero and heroine have to do some risky things. Wentworth has to forgive Anne for hurting and humiliating him.  Anne has to win back his trust, but she also has to deliberately contradict her family’s wishes.  It’s just plain harder for Anne and Wentworth than it ever was for Lizzie and Darcy. Interestingly, I found a blog post with 5 reasons why Wentworth is more marriageable than Darcy. I don’t believe with a single one of her reasons, but Wentworth is pretty dreamy.  Darcy’s fault has always been his pride, and Wentworth doesn’t have that problem.

Of course, it’s an Austen romance, so there’s the perfect balance of will-they-won’t-they suspense for what seems like ages.  There are other girls interested in Wentworth, and another eligible match turns up for Anne. Austen strings you along and makes you worry, even though you know it will come through in the end, and that release at the end is a beautiful experience. That’s what makes her an impeccable storyteller.

Though this TV movie is not nearly as thorough (or faithful to the book) as a miniseries would be, it’s well done and Rupert Penry-Jones is very good as Wentworth.  I liked Sallie  Hawkins as Anne, 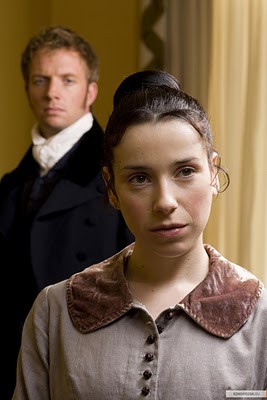 but the combination of her reserved demeanor and severe bun make her look a little more matronly than really seems appropriate.  I know 27 was considered a spinster in those days, but she shouldn’t look so much like a sourpuss librarian.

Probably my favorite performance came from Anne’s father. He is an intolerable caricature of a man, constantly complaining about the physical appearance of his friends, when he’s not sniveling at the feet of his social betters.  He disapproves of the navy because the harsh winds and what they do to the faces of the sailors. He’s played impeccably by Anthony Stewart Head, aka Giles. 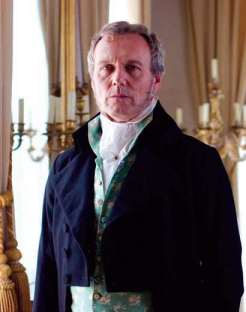 I’ve had some ridiculous family members, and I’ve learned the hard lesson that sometimes they need to be ignored or disobeyed. That’s the central lesson for Anne Elliot, and it’s one that will always resonate with me. It’s a great book, but if you’re a more visual person, the movie is definitely worth a watch.