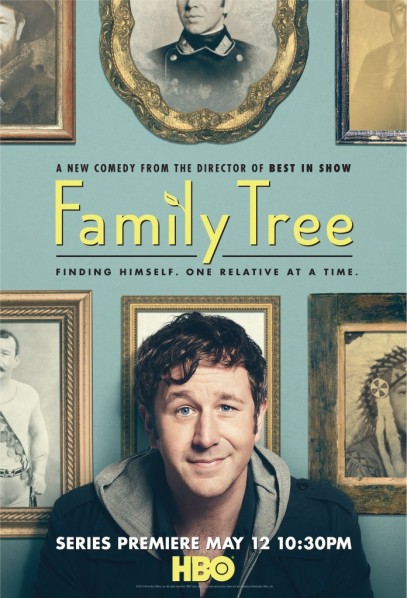 Christopher Guest’s quirky show, starring Chris O’Dowd, premiered in May on HBO. The season finale was this month. The show will appear on BBC Two this summer. No word yet on a second season, but I’m hopeful!

First of all, if you’re not familiar with Christopher Guest‘s work, you should be.  Do yourself a favor and see at least two of the following: A Mighty Wind, Best in Show, This is Spinal Tap, and The Princess Bride.  Okay, in The Princess Bride, he was only acting and not one of the creators, but you should still see it if you haven’t yet.  It’s a great movie.  I think it’s important to be familiar with Guest’s work and its inherent eccentricities. Otherwise you might spend your time wondering why one of the main characters of this show spends all of her time with a foul-mouthed monkey puppet on her hand. 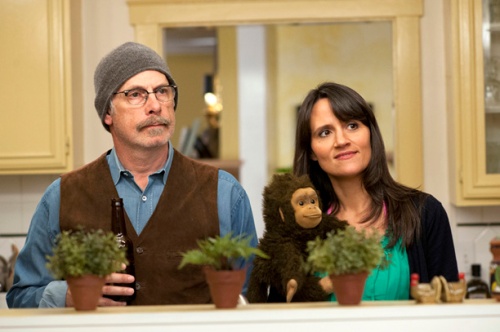 But if you know Christopher Guest’s work, then you don’t worry about that and you just enjoy yourself.

Quirky, eccentric, peculiar, etc. How many synonyms can I go through in this review? Let’s get it out of the way now: everyone in this show is utterly strange.  Chris O’Dowd’s character, Tom Chadwick, is the only reasonably normal one in a long list.  His sister, Bea, is the aforementioned puppeteer.  His best friend Pete works at the zoo and …I haven’t a clue how to describe him. Not terribly bright, for starters.  Fond of strange hats.  Inappropriate in almost every situation. 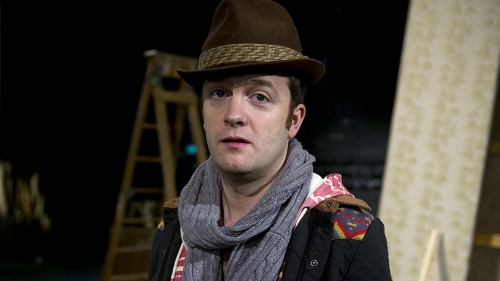 His father has a Moldovan second wife and a penchant for terrible ’70s British sitcoms.

He lives above a man who runs a ‘bit and bob shop’. In other news, I have a new career I’m working toward, if I can just get enough bits and bobs… In later episodes, Tom travels to America and meets an even stranger assortment of creatures. Ed Begley Jr. plays a libertarian conspiracy theorist, Carrie Aizley is his hippie wife who sells flavored enemas.

The show follows Tom, who has recently lost his job and his girlfriend, after he is given a trunk of old family heirlooms.  He proceeds to track his family line back several generations, for reasons only he seems to understand.  Nothing in his family history is particularly glamorous so far–his most notable ancestor was the back half of a pantomime horse.

The journey through the past is interesting, but really it’s just a vehicle to get Tom into the most ridiculous situations and conversations one can imagine.  There were Civil War reenactments, 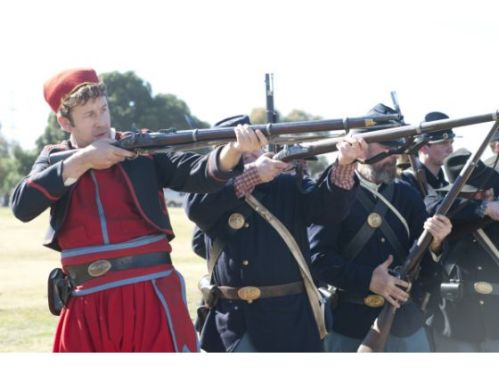 a visit to a Native American Reservation, farming in rural Derbyshire, and the tales of the best Jewish cowboy in silent movies.  I found myself watching with a mixture of incredulity and bemused giggles.  It’s always entertaining and surprising–very rare for TV shows, in my experience. Not everything is a ‘joke’ with a punchline and a rimshot, but the humor is more subtle and less forced.  I found Chris O’Dowd to be the funniest of the cast, but Monkey was my boyfriend’s favorite.

There are some really big stars on this show, mostly from other Guest movies. In addition to Chris O’Dowd (who is becoming quite famous after being in Bridesmaids and Girls), there are Ed Begley Jr, Michael McKean, Guest himself, and Fred Willard, plus other cameos.

I can see why this wouldn’t be the best show for some people.  In my mind, they’re the kind of people that really love Two and a Half Men, and don’t find TV shows with a laugh track annoying at all.  But for anyone who enjoys a Christopher Guest experience, this show does not disappoint.  Sometimes, I think there are too many characters without enough to do in any given episode, but for the most part the large cast is balanced quite well.  The main three characters (Tom, Bea, Pete) are all very fleshed out and loveable. I really hope they give it at least one more season, as I want to see what happens next.